Sharkboy and Lava Girl Are Returning to the Screen—As Parents 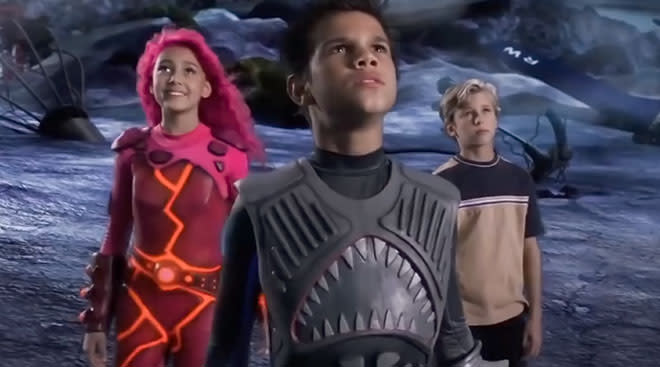 These days, people are in constant search of news that brings a little bit of joy and something to look forward to. Now, Robert Rodriguez, director of The Adventures of Sharkboy and Lavagirl in 3-D, is delivering. He just announced that the Sharkboy and Lavagirl would be returning to the screen—this time as parents.

The announcement came from Rodriguez, who also directed the Spy Kids movies, during a virtual Comic-Con Panel held last Thursday on July 23. The movie, We Can Be Heroes, follows the story of 11 kids of superheroes, including Sharkboy and Lavagirl’s daughter (who has inherited powers from both parents), who fight to save the world after their parents are kidnapped.

Taylor Dooley, who played Lavagirl when the original movie first came out 15 years ago and is now a mom of two, confirmed in an interview with Entertainment Weekly that she would be returned as adult Lavagirl. Priyanka Chopra and Pedro Pascal will also join the cast. It’s not yet confirmed whether Taylor Lautner will reprise his role as Sharkboy.

We Can Be Heroes will be released as a Netflix movie, but a release date has not been set yet.