If your little one loves dressing up as Disney Princesses, you know that one costume is never enough. Which is probably why, when parents discovered a dress-up trunk chock full of Princess costumes for less than $35 on Amazon, they went bananas. The item flew into people’s carts, completely selling out twice. Good news, folks: The hot-ticket trunk is now back in stock.

And just in time— Halloween is right around the corner!

The 21-piece dress-up trunk, priced at $32, features costumes for Cinderella, Snow White, Belle and Aurora, each as a two-piece set consisting of a top and a bottom, as well as accessories, including headbands, jewelry, stickers and tiaras (naturally). There’s plenty here to inspire kids’ imaginations as they discover the joys of dress-up (which, incidentally, helps young ones build social skills and boost their creativity.) 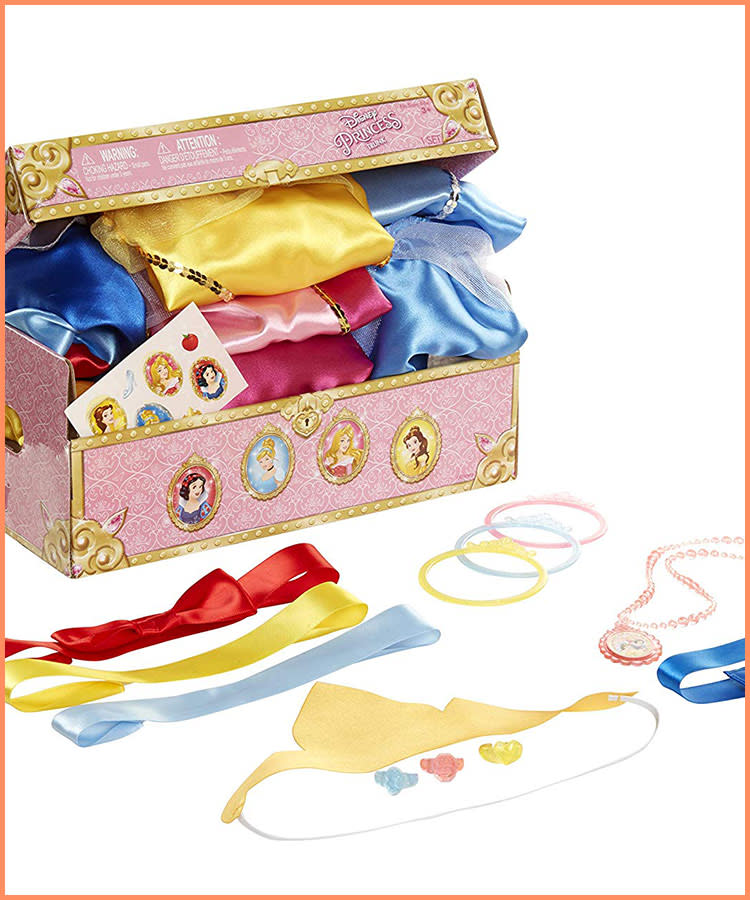 With over 2,000 reviews at nearly 5 stars, to say people like the collection is an understatement.

“Bought my for my niece. Loooved the packaging because it’s cute and simple. It took us a while to get her to try on everything because she didn’t want to take anything off,” one buyer said.

“It’s spectacular!” another shopper raved. “She loved each piece so much she couldn’t decide on one to wear so she put them all on at once. That’s literally what happened. Then she pulled up each layer saying “I Belle, now I Cinnnerella, now I Sooo White” Lol. Spelling for emphasis on how she said it. (She’s 3).”

Better get in on the action before it sells out! Of course, if you miss the window, don’t fret—there are plenty of other top-rated Disney costume options for kids. A few of our favorites: 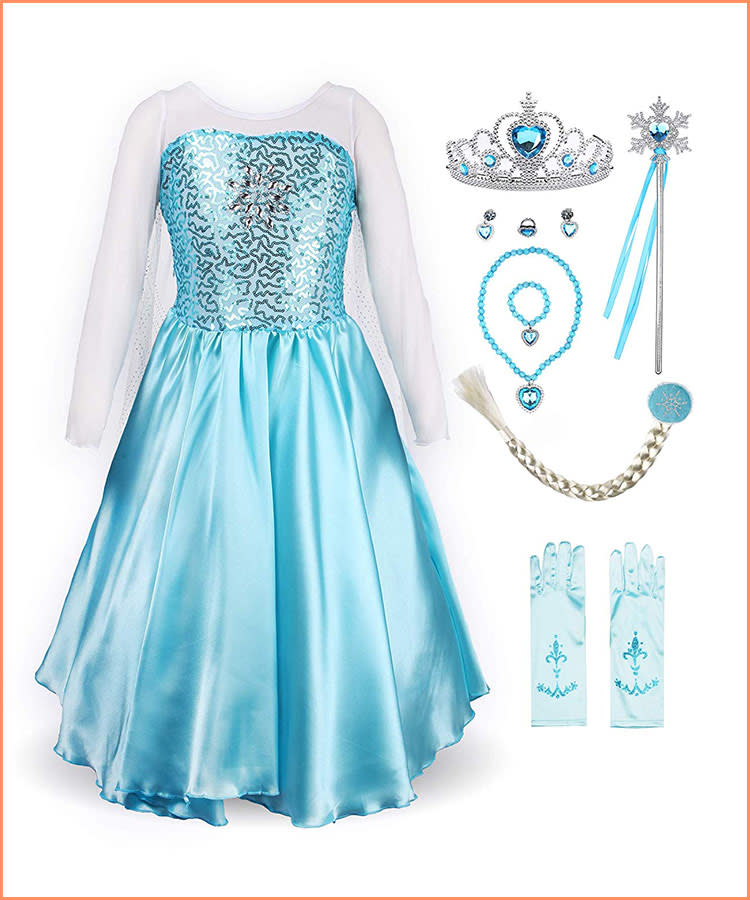 Missed out on the Princess trunk? Let it go. Here’s another outfit that’ll warm your kiddo’s heart. The Elsa costume comes with a tiara, gloves and costume jewelry. 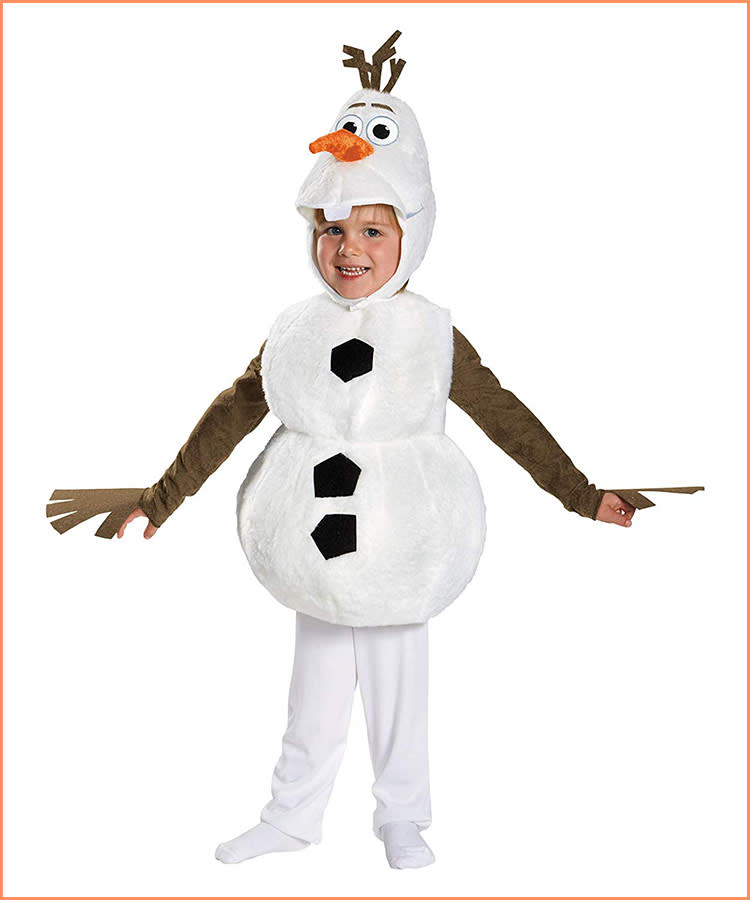 Of course, Princess Elsa wasn’t the only star of Frozen—after all, who doesn’t like warm hugs? The costume includes a jumpsuit with plush overlay and a headpiece. 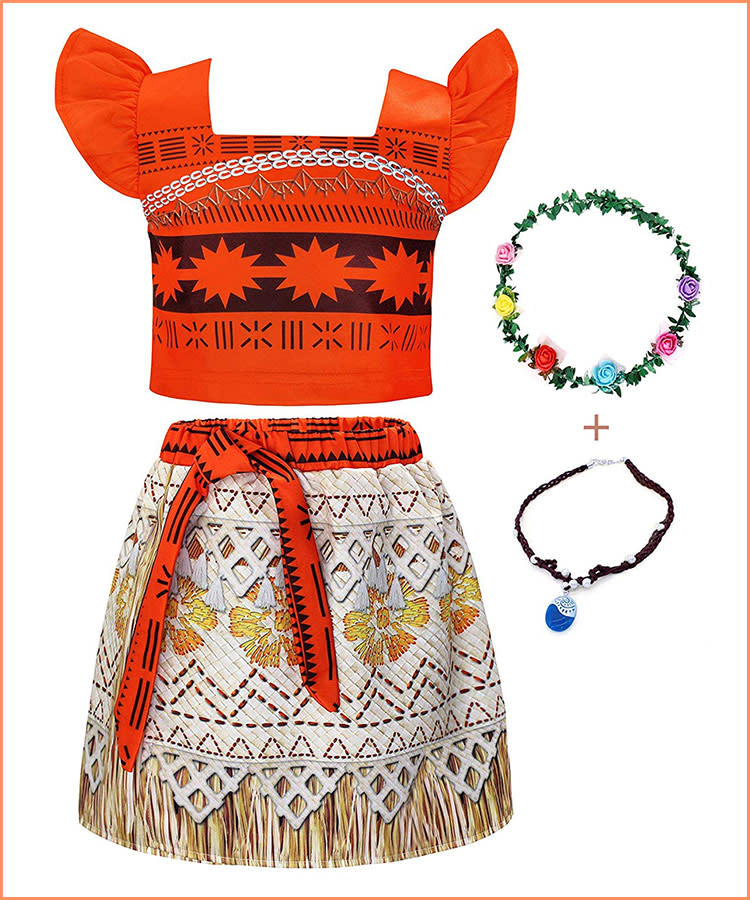 There’s no telling how far your toddler will go dressed as Moana. Included with the costume is a flower headband and a Heart-of-Te-Fiti necklace.

Buy it : AmzBarley Moana Costume for Girls, starting at $15, Amazon.com 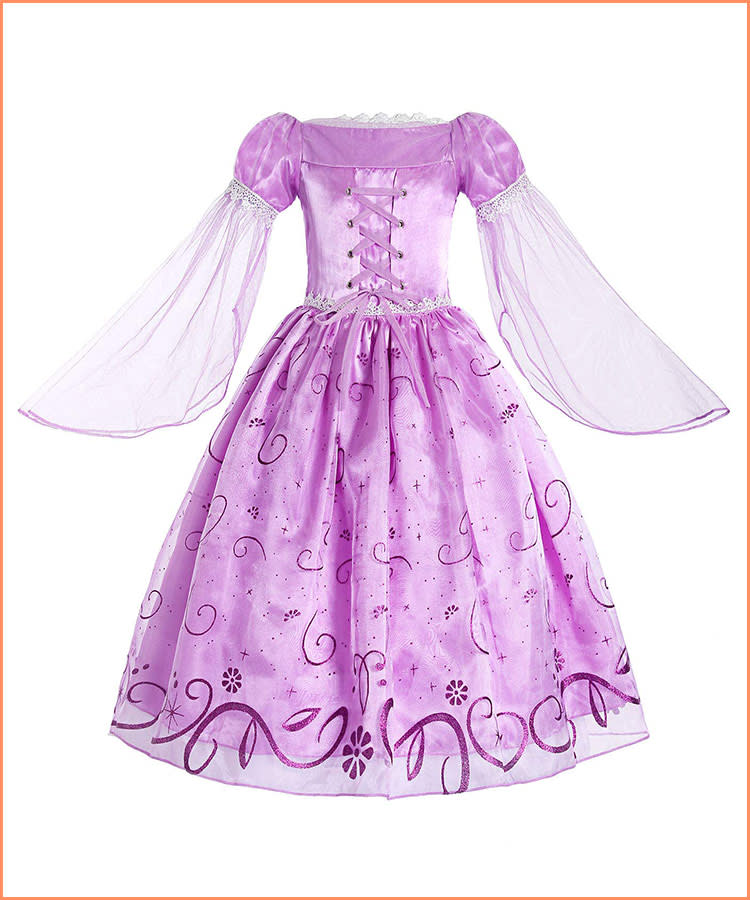 Inspire your little ones to embark on an adventure and discover something new. This Rapunzel costume features a tiara, wand, hair accessory and gloves.