Knowing what to say to someone who has experienced a miscarriage is hard. No one wants to say the wrong thing and stir up fragile emotions, but not acknowledging the loss can be even more hurtful. Proceed with thoughtfulness and care, and you can help a grieving mother feel just a little less alone.

Words are powerful. They can lift you up or cut you down, especially when you’re at your most vulnerable—a truth women who have experienced miscarriage and infant loss know all too well. To shine a light on the weight our words have, one photographer showcased moms sharing the best and worst things people said to them after their loss in a powerful photo series.

After being contacted by a woman named Madison, Arkansas-based photographer Melanie Paterak decided to organize and shoot a photo series called “Positive Words,” highlighting the good, bad and well-meaning things people said to women after they had a pregnancy loss.

The resulting 20-plus images are all portraits of women who have experienced miscarriage holding a chalkboard sign with something a family member or friend said to them while they were recovering—the good taken in color, the negative shot in black and white.

“Each chalkboard represents a statement someone told each woman after loss,” Paterak explained. “Many women, many messages, but the same pain.” 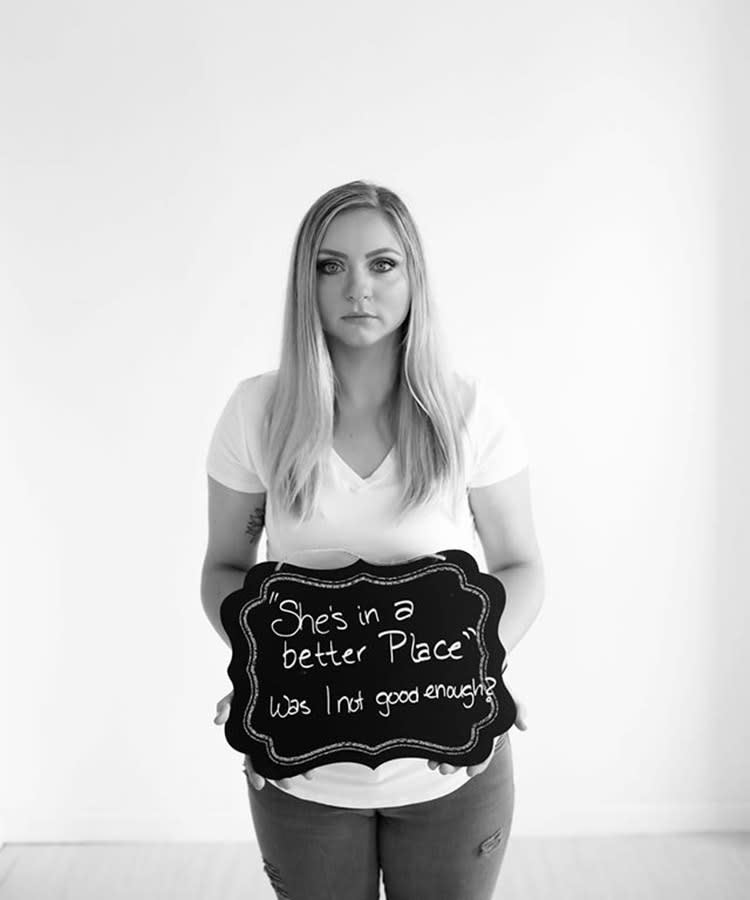 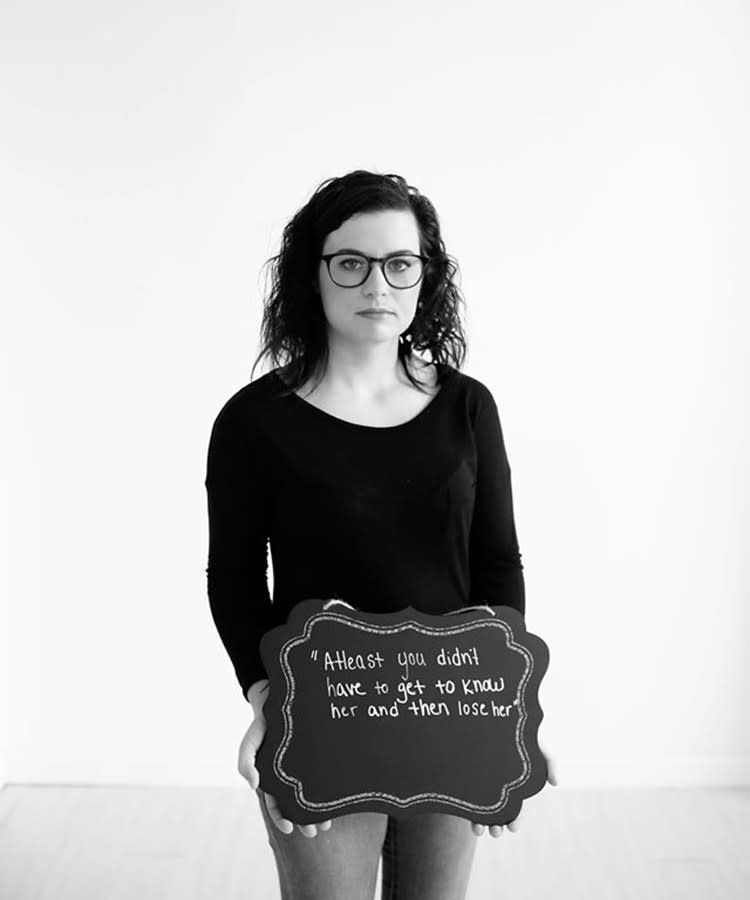 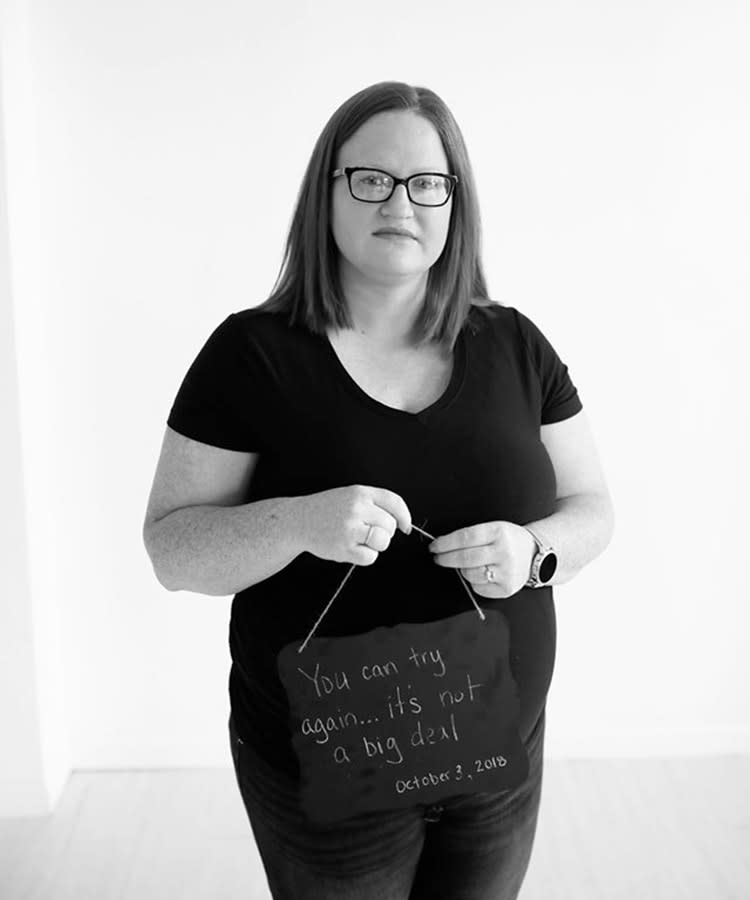 But the messages shared weren’t all bad. In fact, many of the photos emphasize just how powerful words of support and comfort can be for women while they’re grieving. 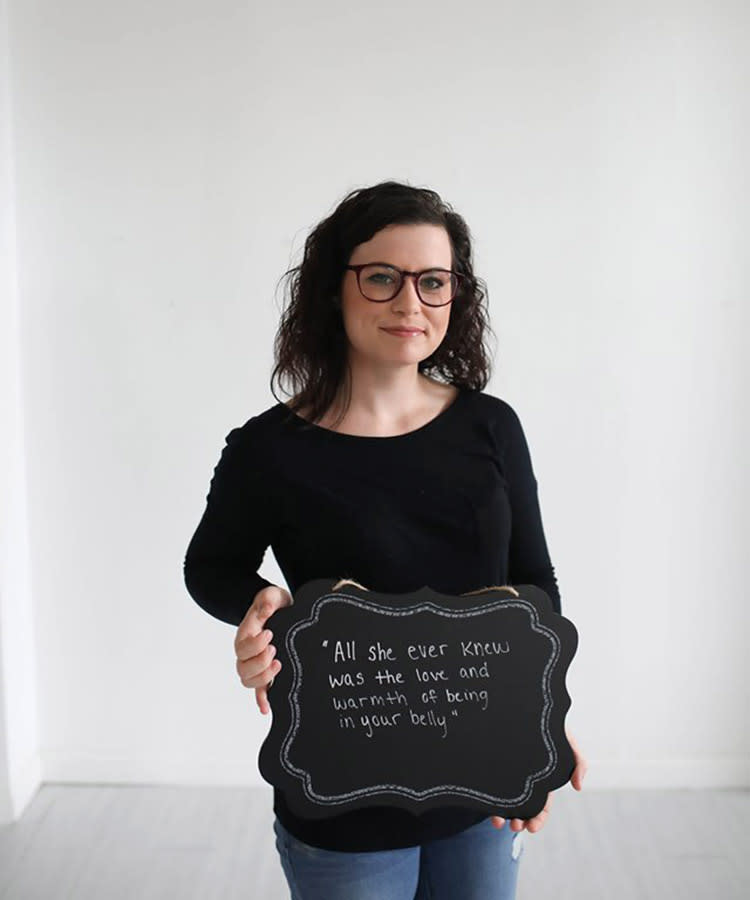 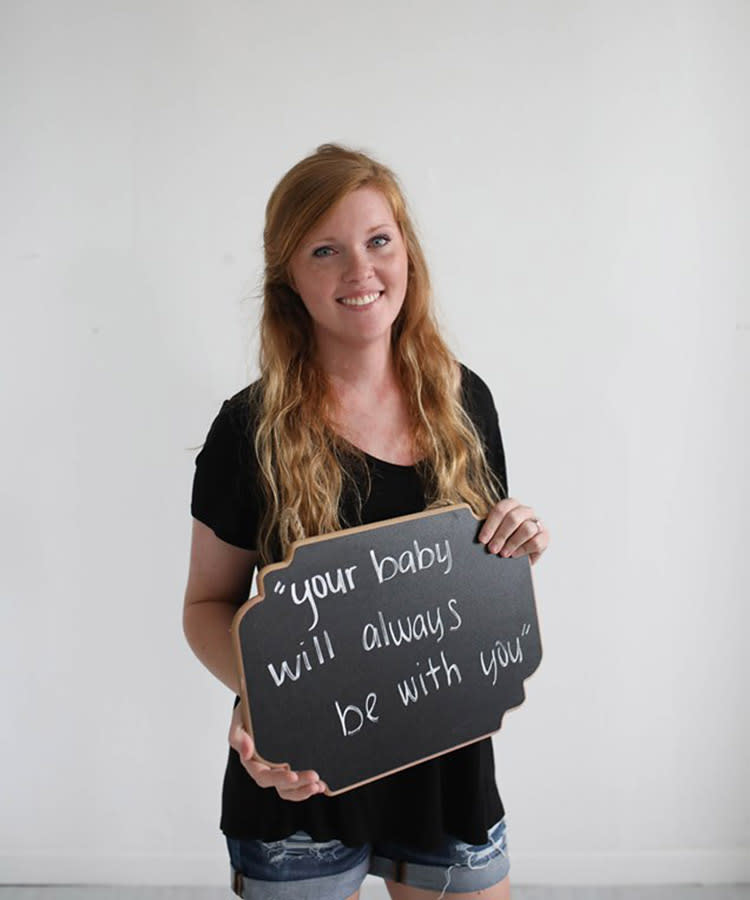 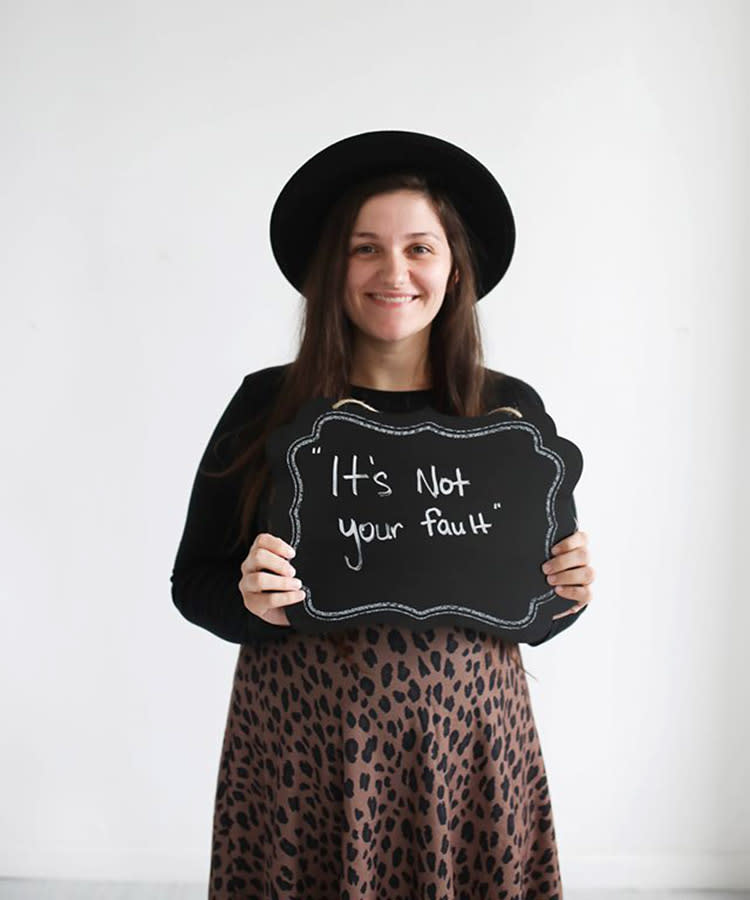 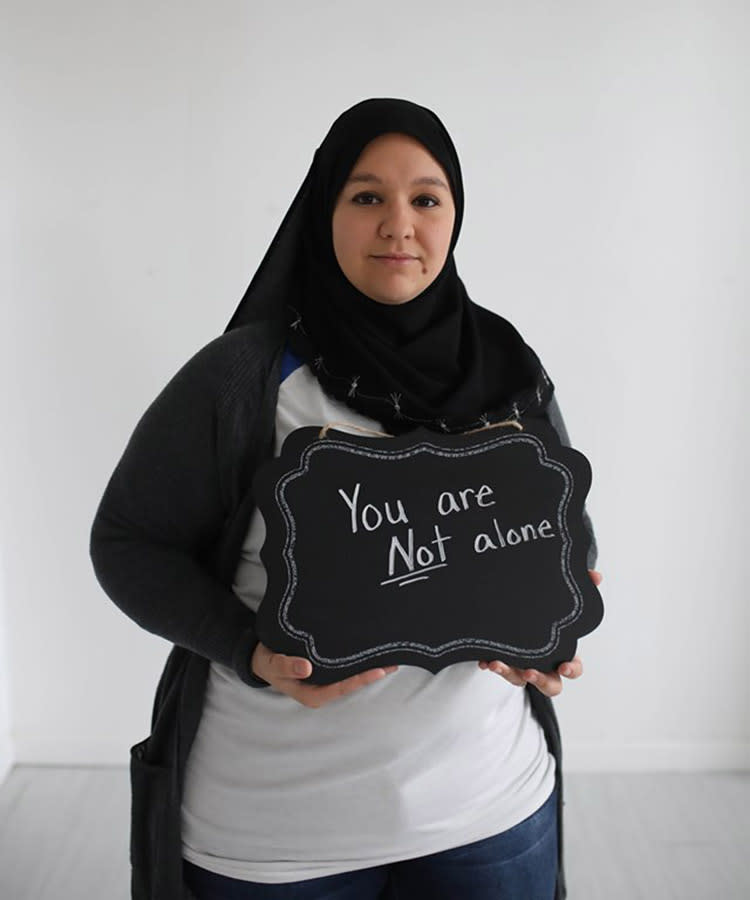 Paterak finished her post by explaining that series is meant to give women who are struggling in silence a voice, even if they’re not in a place where they feel they can speak up themselves.

“My hope is that it radiates positive discussions,” Paterak wrote. “I hope that if ever you’re faced with someone who has gone through a miscarriage or infant loss, you can wrap your arms around them and give them a very simple ‘I’m here for you.’ I hope this will open up conversations so women will know they’re not alone.”